UNPIVOT reorganizes the structure of the table by taking related columns of data and moving them into different rows.
UNPIVOT follows these rules:

In this example, we create an attribute named Quarter and populate it with the name of the Q1, Q2, Q3, and Q4 attributes. The Spend attribute is then populated by values from the corresponding quarters. 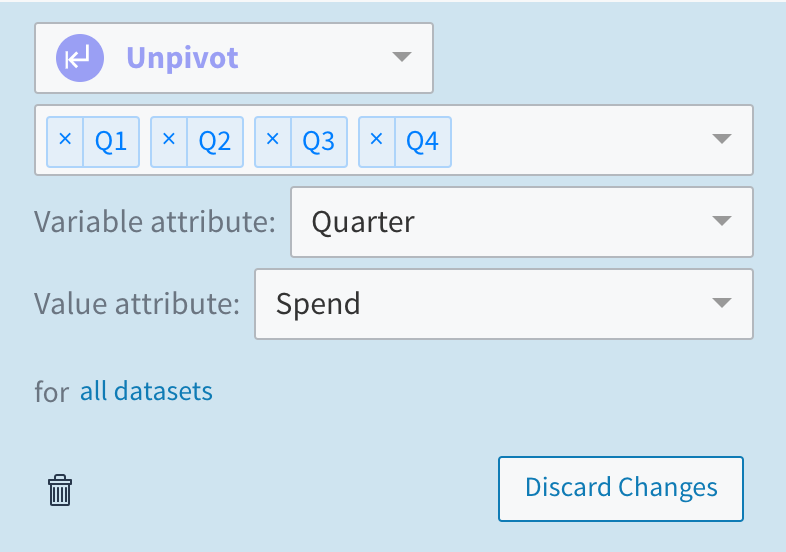 The result is that Quarter and Spend are filled with the information from the original dataset. The columns from which the data was extracted are emptied. Any other unified attributes are preserved for each record, such as fullname. The result of using the Unpivot option in this example is that the number of records in the dataset is four times larger than the number of records in each of the input datasets. 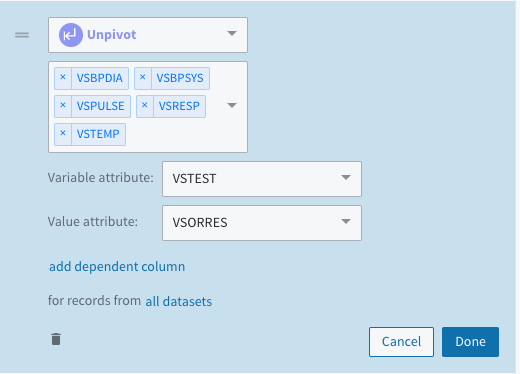 To add a dependent column: 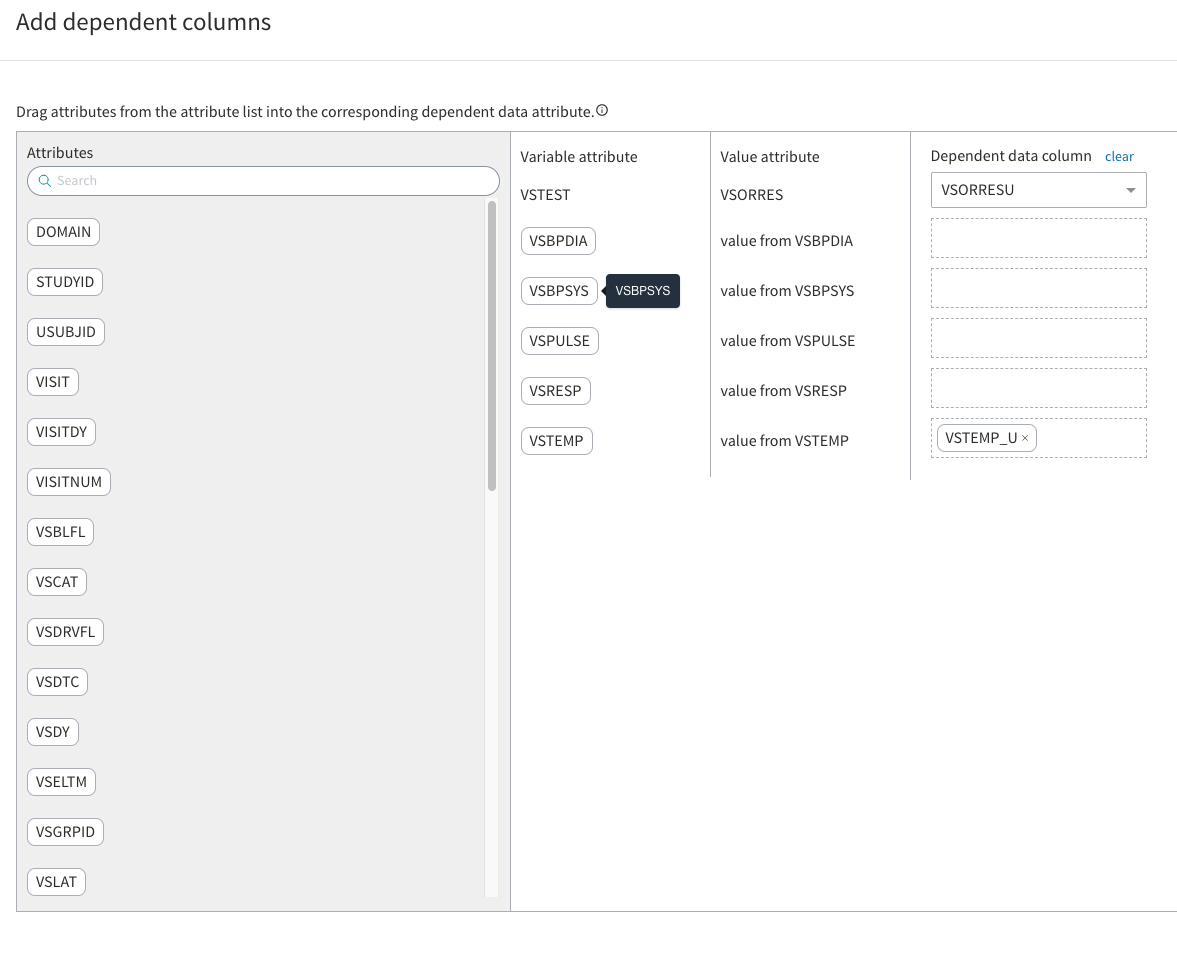 Here is an example of how it works. To see it, choose the information icon: 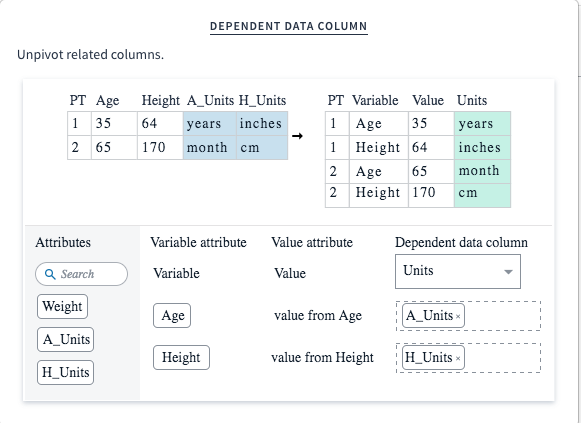 Note: You can also include an UNPIVOT statement in a transformation script. See UNPIVOT.