Cause: Newly added attributes in an upstream mastering project do not automatically get added to the downstream golden records project. It requires adding a new rule manually for the attribute in the golden record project. 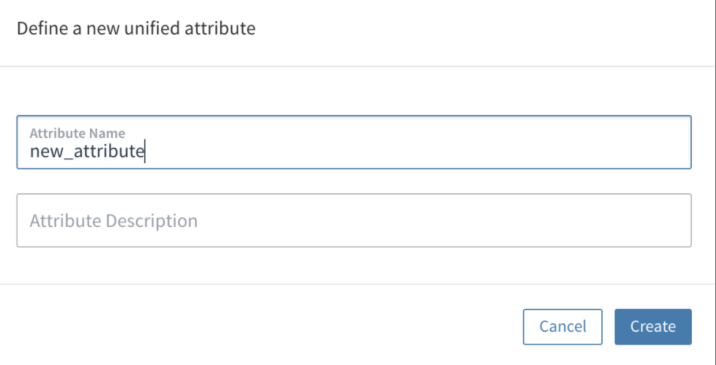 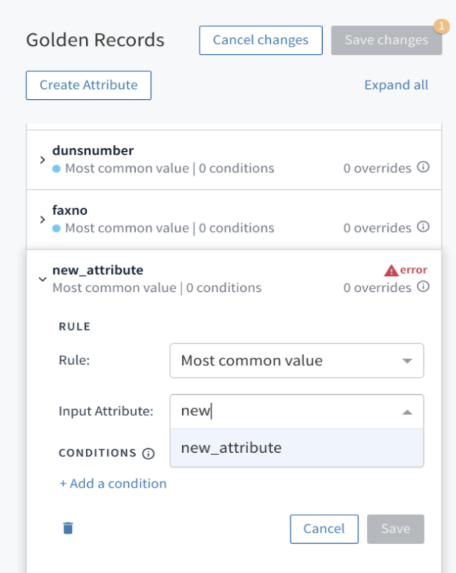 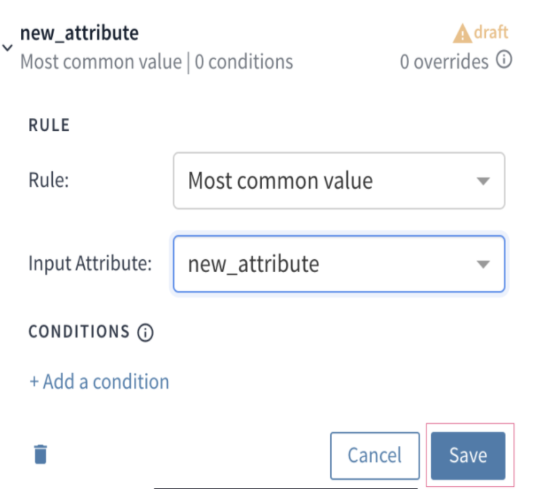 See here for more information on the Golden Records Project.