Problem: You run into an error and the error message tells you that “The system is temporarily in a read-only mode”. 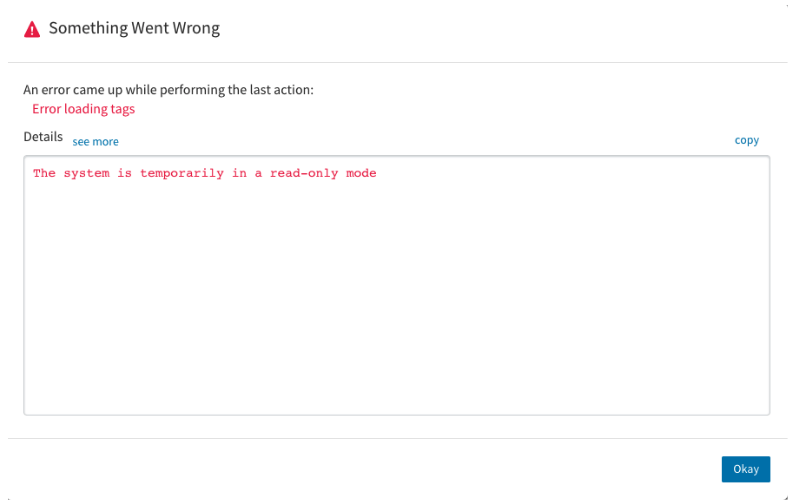 Cause: This issue may occur because a backup is running. To minimize the risk that new user changes get lost during a backup, Tamr goes into read-only mode during the process.

In case the backup is started while some other job is already running, then the backup waits until that job completes and then starts running automatically.