Other than the core EC2 instance, the components in a Tamr AWS cloud native deployment are deployed in multiple to increase availability and/or performance.

These components can be deployed across up to 4 subnets, as follows:

Tamr recommends against deploying EC2 and EMR resources across multiple regions or availability zones due to connection latency between locations.

For more information on best practices to maintain availability in the event of a disaster, see the Disaster Recovery of Workloads on AWS: Recovery in the Cloud whitepaper.

Important: Configure and test the recovery steps in this section soon after the initial deployment is completed and operational.

Depending on the disaster event, a restore may be required to return the deployment to a known state, as described in the table below.

Recovery across Availability Zones in the Same Region

Initial deployment within an availability zone: 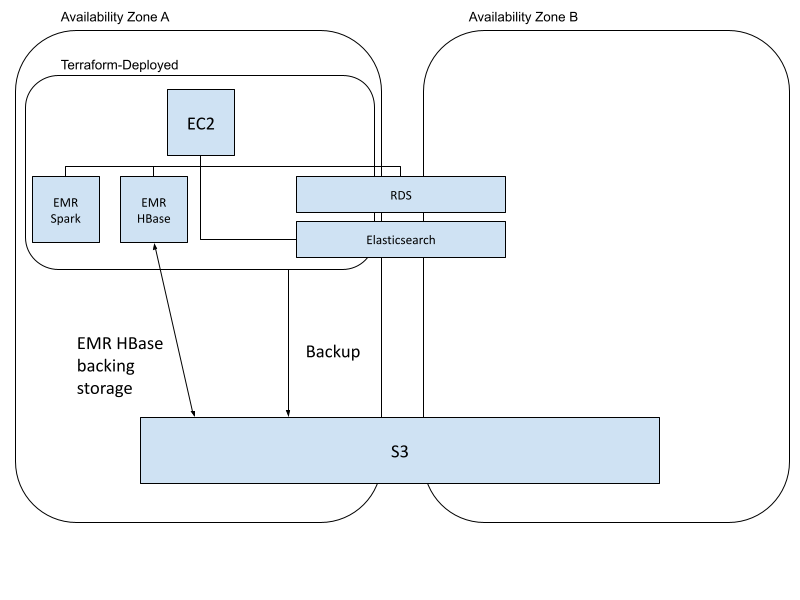 In the event of an availability zone failure: 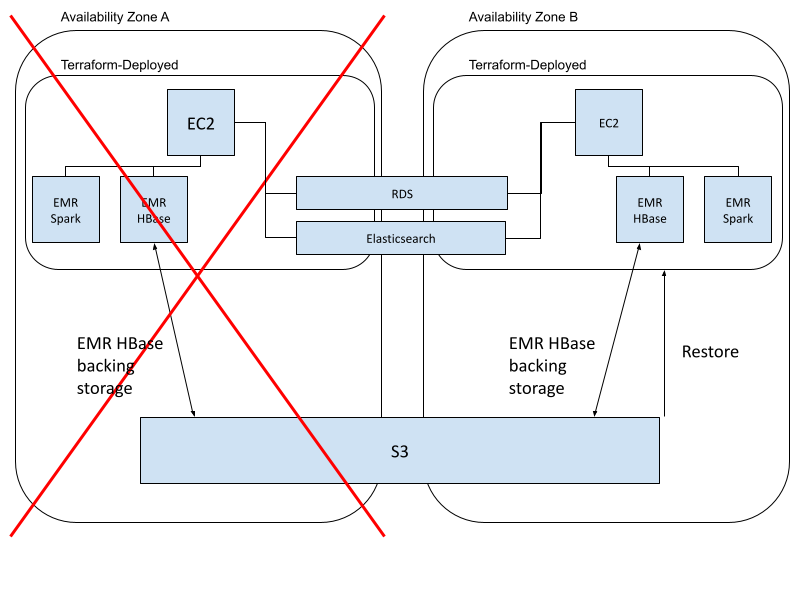 Initial deployment within a region: 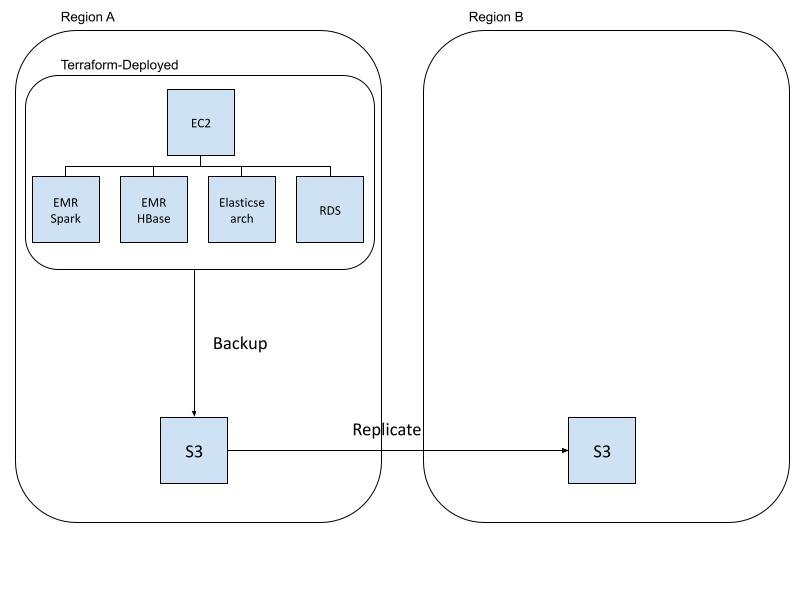 In the event of a region failure: 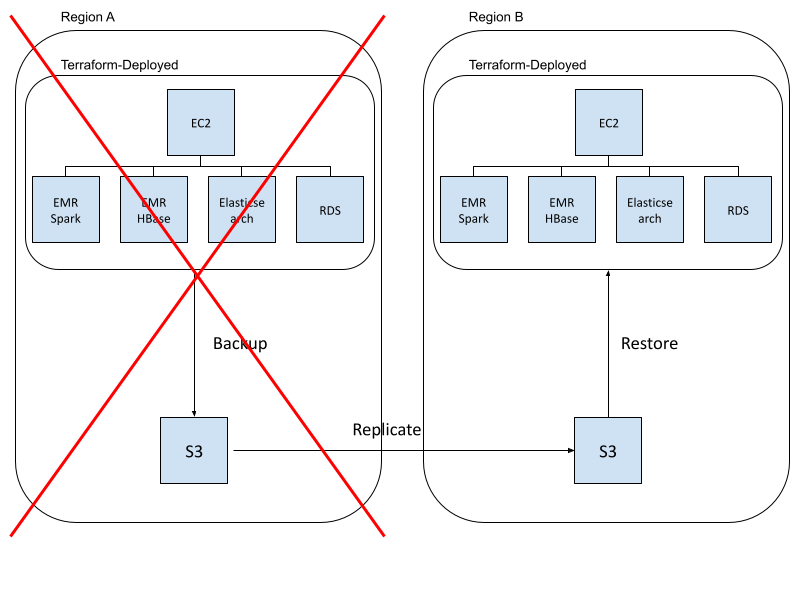 See the Tamr AWS Backup and Restore documentation for the steps to backup and restore an AWS cloud-native Tamr installation.

Important: Tamr backups are stored on an S3 bucket located within a single region. Replicate S3 buckets used to store backups to an additional region in order to mitigate data loss in the event of a region failure. (See the AWS Replicating objects

The time to restore varies with the configuration and workload of the Tamr instance; an <8-hour recovery time objective (RTO) and <24 hour recovery point objective (RPO) are generally possible.